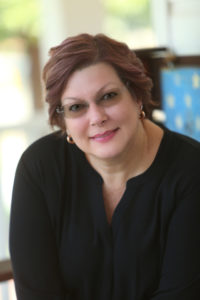 I was born in New Bern, North Carolina, and grew up in a military family near Camp Lejeune.  As a teen, I would spend my summers on the Atlantic Coast, where I developed a love for the ocean, nature, and coastal ghost stories and legends.  Some of my favorite memories as a child are of the times I would sit and listen to my aunts tell and retell stories and myths surrounding New Bern, N.C. and other coastal towns.  I also enjoyed them telling of the antics of a few townspeople, usually followed by, ‘bless their heart.’

After marrying my husband, I moved to Georgia, where I worked for the Red Cross as a medical technologist.  My love for the south and the paranormal took form as writing. I never thought any of my stories would be published, so I would slide them under my bed.  I eventually joined a writers group and met some wonderful friends.

Two years ago, I was contacted by Gilded Dragonfly Books.  Now I have several short stories, two books published, and working on number three.

I currently reside in a suburb north of Atlanta with my husband, our two sons, two dogs, and two cats.  While I love nature, horseback riding, and scary movies, I currently spend most of my time writing paranormal romance/suspense.

Read Reviews of her current books that are available for purchase on Amazon.com.